In September, a team of 40 volunteers capped off roughly eight years of development with the release of Black Mesa. The game is a near-complete recreation of the influential 1998 first-person shooter, Half-Life, in Valve’s current Source engine. The project brought new life back to an old game, and got us thinking about game conversions. We’ve compiled a list of some of the most interesting game conversions that we’ve found in ROBLOX.

What compels someone to recreate a game that already exists? It could be their sheer love for the original product, and the desire to work with the property on a deeper level. The original product might have faced problems or limitations that would be solved or expanded using modern technology. Perhaps it’s a reasonable entrance into developing a full game – the concept exists, so developers can re-execute (and even improve) on it.

At ROBLOX, we value creativity in building and game development. Still, many users have done a bang-up job of re-imagining popular games of all varieties on ROBLOX, and they deserve credit. 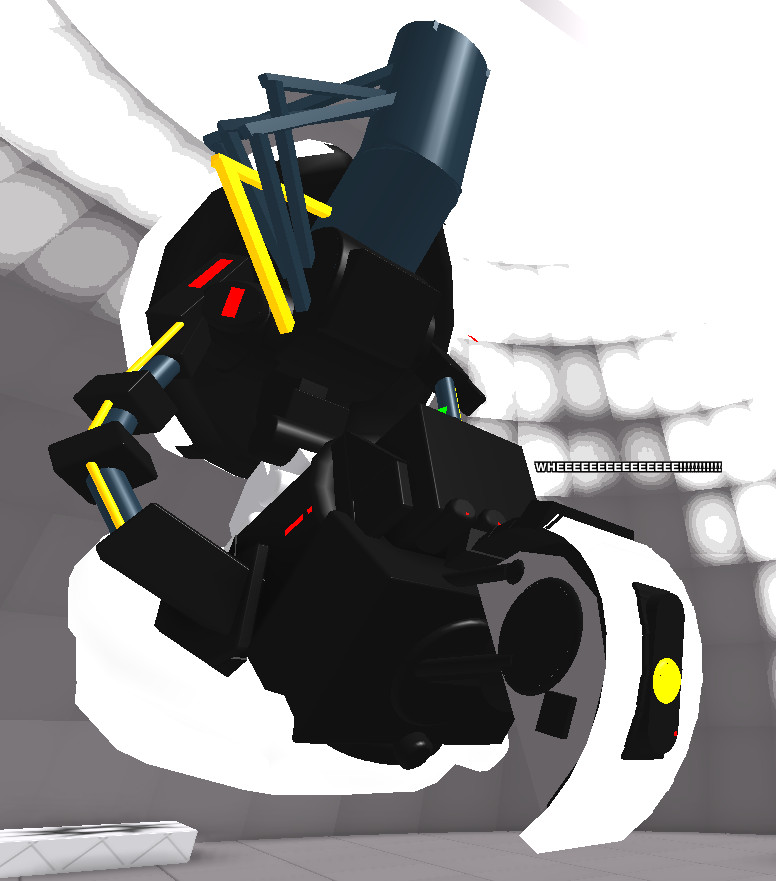 This Portal-inspired game is very short, but does a good job of manipulating the mechanics of its source material. ROBLOX’s physics engine translates well – you can use properly placed and timed portals to build momentum and cross a large gap in one challenge. The game’s creator is also experimenting with a repulsion gel, a Portal 2 feature, which lets you place portals to spray surfaces with a blue gel that will bounce you and other objects. The physical simulation here, too, carries over to ROBLOX.

This is the current “holy grail” of game conversions on ROBLOX. We’ve talked about it enough, but it deserves a mention. Players fight to survive in a post-apocalyptic wasteland, where AI zombies and human bandits – players who take out other survivors to nab their goods – threaten their existence. Don’t be fooled by the occasional smiley-faced ROBLOX character; Apocalypse Rising is a dangerous place. The arcade classic is reinvented in ROBLOX. It’s not a direct copy for a couple reasons: One, there are no looping holes on the left and right sides of the maze; and two, ghosts are not controlled by AI. Instead, one ROBLOX player becomes Pac-Man, while the others play as ghosts.

It’s vintage Pac-Man, with a modern, multiplayer, slightly 3D twist. This game requires at least two players, but more is better. Gather up a few friends and try it out – it’s a short video-game history lesson.

It might not be a direct recreation of Test Drive: Unlimited, but it’s similar in name and concept. In DriveBlox Unlimited, you start with a free vehicle, then simply cruise an expansive city to make money. Eventually, you’ll accumulate enough wealth to buy an apartment, which nets you even more money.

Before you know it, your property and driving will make you so much money you can buy a beach house and a Ferrari, which is when DriveBlox Unlimited pays off.

Call of ROBLOXia 5: ROBLOX at War (Call of Duty series)

We’re sure 99% of ROBLOX users have already heard of and played this game — it’s been visited 13 million times — but we’d be remiss not to mention it. In Call of ROBLOXia 5: ROBLOX at War, players get the feel of the Call of Duty franchise – particularly its competitive multiplayer – in ROBLOX. Complete with perks, pre-set and custom character classes, and its own weapon sets, it features the qualities that make Call of Duty an addictive game for many shooter fans.

We can’t see everything on ROBLOX. There’s simply too much content. Help us out: what game conversions have you discovered on ROBLOX?